Ever wanted to experience being Bernie Sanders as A Playable character within a game where you take on other Presidential Candidates? Kitsune Games(Publishers) and Gamedevs for Bernie (Developers) presents just that in Super Bernie World.

What the heck is Super Bernie World? The game is a retro 2D platformer akin to a mashup of the real world presidential campaign and Mario World.

“We wanted to do our part and educate people about what a Bernie Sanders presidency could do for our nation, and as game developers, this seemed the natural way for us to do it,” said Emma Maassen, President of Kitsune Games, “We feel his policies are the best way forward for not just us, but our communities including LGBTQ+ and other marginalized groups. Accessible health care, living wages, less student debt and fighting climate change are critical to increased quality of life for us all.”

You can play the game in your browser over at Itch.io (link below). You can also download the game for free via both the Steam and Itch.io platforms(Windows). 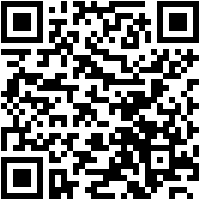 Play in Your Browser