If your looking for a PC game the likes of Transport Tycoon then you are in luck as Ambiera has launched their new transportation simulation tycoon game today on Steam.

The Austrian independent software and game development company released the game on Steam for $9.99 with a 15% discount during the first week of the games release.

Cargo Company gives players the opportunity to run a transportation company which transports passengers and cargo. Passengers and Cargo can be transported using either trains, truck, busses, and even rockets between planets(which is a pretty smart/cool feature which differentiates the game from others). 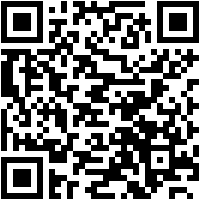 Unique features in comparison to other similar games:

Ambiera has created PC games since 1996, like the back then popular RPG “Darkness Springs” and the recently released “Business Magnate” business simulation game. It is also known for its game development tech like the CopperCube game engine and the irrKlang audio library, used in many games by other developers.

Is it available for consoles? At the time of writing this story, the Cargo Company is only Available for PCs.

What are your thoughts on this game? Leave your comments below.

Moose VS Hunger Combines Philantrophy, Utility, and P2E Gaming into an NFT Collection

Humankind Reveals Its First Expansion, “TOGETHER WE RULE”