A Pretty Odd Bunny Coming Soon to PCs and Consoles

2Awesome Studio (2AS) has announced the launch of their upcoming stealth platformer game, A Pretty Odd Bunny.

The game will be available on Steam, Playstation, Xbox and Nintendo Switch for its retail price of US$4.99.

The game will be available for pre-order starting tomorrow (November 5th) on both Xbox and Nintendo Switch with a 10% per cent off discounted price.

A Pretty Odd Bunny is a stealth platformer about a rabbit who likes eating pigs. You play as a red-eyed rabbit and help him reach the pig at the end of every level. But don’t let your fellow bunnies see you. They will do everything they can to stop you.

Walk, run and jump into a colourful but dangerous world full of beautiful graphics and smooth animations. Created frame by frame with love and passion.

The games were developed and published by 2Awesome Studio, A Netherlands based independent game development and indie publisher. 2Awesome games hold a mission to ” add awesomeness to reality by developing video games with new and addictive mechanics and finding games that are equally awesome to publish”.

A Pretty Odd Bunny will be available for Steam, Playstation, Xbox and Nintendo Switch. 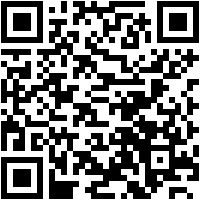