The UK Black Tech Founders is a UK based program for black-founded companies to explore the US Tech ecosystem.

The twelve unique firms set up by Black entrepreneurs in the UK include:

A clean technology startup co-founded by Dr Amrit Chandan and Calton Cummins with a mission to accelerate the global shift to cleaner energy usage by creating storage technology that is more accessible to all or to make that short, “Making Batteries Better!”.

AudioMob is an in-gaming audio ad solution aimed at helping developers to monetise their games in a non-interruptive manner.

Headed by Founder and CEO, Charlene Hunter, Coding Black Females is a nonprofit organization created in 2017 aimed at providing Black female developers to develop themselves, network, receive support and build relationships through meetups.

Want a simplified way to draft, review and understand legal documents? Definely is definitely the tool to get that done.

The company has been featured in Forbes, The Financial Times, Techcrunch, Law.com, Artificial Lawyer and Sky News just to name a few.

Flair Impact is a diversity measuring, tracking and racial bias platform. The platform provides a dashboard to visualize and benchmark a companies diversity mix and other key related metrics such as rating for Racial Inclusion-barriers.

Who does love a fresh brand new product?

Founded by Byron Dixon, Micro-fresh solves the common problem of bacterial growth during the transit of retail goods. It does this through its use of 20 years of innovation and the creation of its Micro-fresh formula Micro-Fresh® in 2006.

Oarbt is a no-code 3D drag-and-drop design toolkit for presenting and selling creative products in immersive 3D spaces which can be embedded or shared on any website.

Oarbt was founded its Founder & CEO, Sharon Obuobi back in July 2019.

Want to set up a company and all the management that entails? Ownership allows you to “create and manage your company, your team and your equity so you can focus on success.”.

Ownership was founded its founder & CEO by Naïma Camara in Jan 2021.

The Ownership app is available on the App Store and Google Play Store.

The Ownership mobile apps are available on both the App Store and Google Play Store.

Robin AI makes “contracts at the speed of signed” aka simplifying the process of signing contracts for companies, scale-ups and funds management powered by software, machine learning and world-class legal professionals.

The Company is founded in March 2019 by a black corporate lawyer turned entrepreneur who is the companies current CEO, Richard Robinson. Alongside Richard, CTO, Dr James Clough, leads the company, overseeing the development of the business’ core AI. James holds a PhD in AI and has spent years using machine learning in healthcare to diagnoses diseases.

The startup is backed by Episode 1, Google and Forward Partners just to name but a few.

Syrona Health Combines virtual health care support and at-home clinical support test to improve health outcomes. It does this with a team of scientists, doctors, developers, designers and business people.

The app is available on both the App Store and the Google Play store.

Syrona Health was co-founded by Chantelle Bell and Anya Roy back in April 2019.

The Stack Word powers women in business via offering a content/membership platform that offers webinars, daily, newsletters, perks and networking events just to name a few.

The Stack World mobile app can be downloaded from the App Store. No word on when and/or if there will be a mobile app for Android devices via the Google Play store.

There is however a hint that the Android version is just around the corner.

The Platform was founded by Sharmadean Reid, CEO of The Stack World in February of 2021. Her mission is to use technology to economically empower women in the beauty and wellness industries, globally.

White Label Loyalty is exactly what its name implies, It s an “API-first, event-based loyalty platform for data-driven customer loyalty”.

The Platform allows businesses to acquire, understand, engage, and retain customers, whilst providing seamless and bespoke reward experiences to customers.

The company was founded by its current CEO, Achille Traore who founded the startup in June 2015.

The delegation of founders will be flown to and from New York by the UK flag carrier, British Airways which has partnered with the British Consulate-General in New York.

Black tech founders face challenges when it comes to accessing venture capital, at the core of this mission is the desire to elevate the profile of founders involved among NYC based investors and the wider NYC tech community.

The delegates will engage with over 100 US-based venture capitalists through networking events, meetings, and a capstone pitch night.

The UK founders will also meet with their US counterparts to discuss the differences between scaling a business on each side of the Atlantic and the lived Black entrepreneur experience in the UK & the US.

“I am delighted to welcome this impressive group of Black founders to New York, who represent some of the most innovative emerging tech firms in the UK. According to some research, in 2019 just 2.9 per cent of deals that UK VCs made had Black founders, and we must take concrete steps to reduce this disparity. Achieving more equal racial representation in the workplace is a top policy priority for the UK Government, and I am very pleased that this annual trade mission is making great strides in tackling this crucial challenge and we are determined to keep closing the gap.” – Emma Wade-Smith, Her Majesty’s Trade Commissioner for North America and HM Consul-General in New York

Cornerstone Partners, an angel network focused on investing in exceptional Black and diverse founder-led businesses across the UK, found sobering results in recent research. According to their findings, of UK founders who successfully raised VC funding in 2019, only 2.9% of founders identified as Black.

Despite the statistics, the selected cohort has collectively raised over $43 million USD, with AudioMob, an audio ad provider for mobile gaming, raising a notable $14million Series A in November 2021. The firms selected for this Mission are well-positioned to expand into US markets. From Syrona Health, which has designed an app aimed at engaging and supporting all women in terms of gynaecological health, to Definely, which is demystifying the art of drafting, reviewing and understanding legal documents, the featured innovations in this mission are as diverse as the founders who created them.

You can learn more about the event by visiting the Black Tech Founders Mission to NYC event landing page.

BITVoxy.com participates in affiliate programs to help cover hosting costs and other operating expenses. We may earn/receive a small percentage of sales(Commission) from affiliate links. Learn more.

There is no denial that Jamaicans have some of...

The New York Game Awards will be held today... 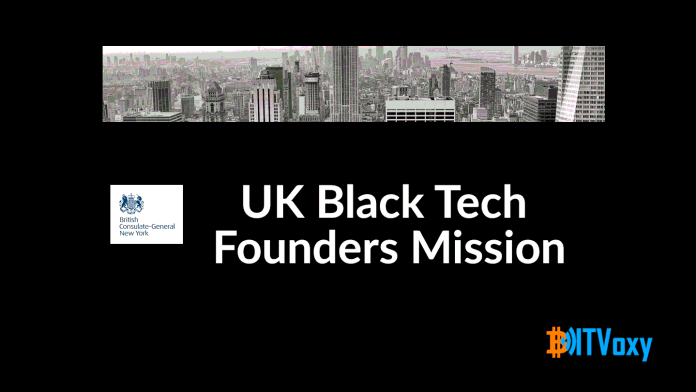 Searching for online nation Simulation Games? In this article,...

Looking for an alternative to BitTorrent or uTorrent? In...

Tired of Swiping right? Ghosted conversations? No Name is a dating...

Are you in search of a Jamaican Mobile Money...
- Advertisement -

Farm Tycoon is now available for purchase for Nintendo...

The official token of the decentralised metaverse, The Sandbox...

Dapper Labs Inc and Animoca Brands has partnered together...

Korean game publisher and developer, Netmarble has announced that...
- Advertisement -