“THE SPONGEBOB MOVIE: SPONGE ON THE RUN” Gets a Digital Release 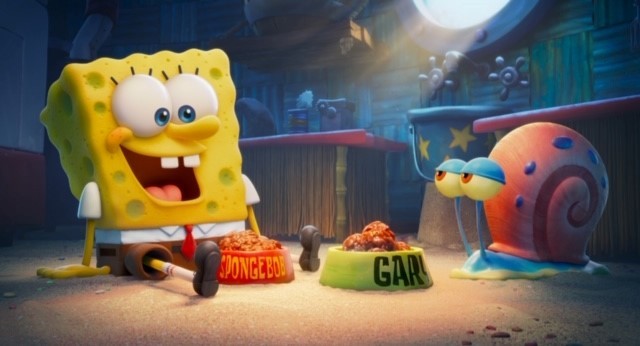 ViacomCBS has announced that the latest Spongebob Feature film, THE SPONGEBOB MOVIE: SPONGE ON THE RUN, will skip the theatres and receive a digital release in 2021.

The film was initially to hit theatres on May 22 but was postponed until August 7 due in large due to the coronavirus.

The film will debut digitally in the U.S via premium video on demand in early 2021 and then move exclusively to rebranded CBS All Access.

Earlier this year in May, ViacomCBS’s CEO, Bob Bakish announced it would rebrand the CBS All Access platform with the aim to incorporate all the companies cable brands and program libraries into a single platform.

The service will be rebranded sometime this summer and will see programs from brands such as Comedy Central, Nickelodeon, BET, Smithsonian, MTV and Paramount Network.

So with that focus on bringing most of its content to this expanded new platform… All prior seasons of Spongebob Squarepants will become available on the rebranded platform in early 2021.

THE SPONGEBOB MOVIE: SPONGE ON THE RUN, follows SpongeBob SquarePants, his best friend Patrick Star and the rest of the gang from Bikini Bottom in the first-ever all CGI SpongeBob motion picture event. After SpongeBob’s beloved pet snail Gary is snail-napped, he and Patrick embark on an epic adventure to The Lost City of Atlantic City to bring Gary home. As they navigate the delights and dangers on this perilous and hilarious rescue mission, SpongeBob and his pals prove there’s nothing stronger than the power of friendship.

Black Bird Now Out on PS4, and PS5