The Creators of the survival shooting game Lost Light, NetEase Games have announced the first round of the games iOS TF Beta testing between June 20 and July 4 in the United States, Russia and Thailand.

The company plans to recruit 1,000 players to try this version on a first-come-first-served basis.

What is Lost Light?

Lost Light is based on three core elements – survival, warfighting and progression. “High risk, high return” is this game’s founding philosophy, with intense combat and a wealth of exciting gameplay features waiting for players to explore. Players can follow the leads of NPCs and gradually uncover the world’s mysteries, or build up their character’s strength step by step and enjoy the sense of progression. In this game, violence is not the only path to victory. You can always team up or commission others to escape. Enjoy the unique PvPvE experience. Endless possibilities await you.

Lost Light is a survival shooter game that takes place in the “Exclusion Zone” in the 2040s. Following global beta testing on Android and PC, Lost Light has been ranked in the top 50 of Google Play’s “Trending New Games” rankings several times. More than 2 million users around the world have participated in beta testing so far.

To take part in the test, players can check out the details on the official Lost Light Facebook page, or fill in the form to gain the access.

Lost Light is currently available for pre-order for iOS testing worldwide. Players can pre-order at the following link: https://lostlight.onelink.me/no0R/prereg 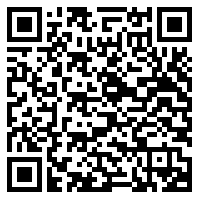 CFK’s Summer Sale is On

Ahref’s Moves to a URL