Players who joine the closed beta will become some of the first to experience Orb Island, twelve playable classes and eveything else the game has to offer.

The game has the feel of similar Battle Royal titles such as Fortnite or PUBG but Super People promises to revlolutionize they way we think of the genre.

Players will have the chance to jump into the shoes of twelve soldiers all with thier very own unique abilites. Players have the chance, as is the choice in any gamewithin the genre, to go solo or pull together a squad and fight your way throught the enemies and become the last ones standing.

The more gameplay, the stronger your characters become. This opens the oppuntuity to unlock ultmate abilites, helping players to “turn the tide of the battle in one fell swoop”.
Don’t have the gear to get the jobs done? simply scavengeand collect materials around the map in order to craft new weapons and upgraded gear.

There is never a dull moment on Orb Island as the island offers players diverse environments, uncover secrets, run from the incoming snowstorm that threatens to take out players if they’re not fast enough. But, don’t let your guard down as the other teams will all be fighting for their spot at the top of the leaderboard.

To register to be a part of Super People’s upcoming Closed Beta Test, follow this link: http://geegee.net 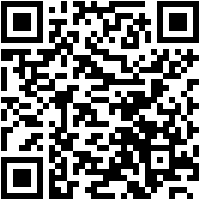 Cricket Manager Pro 2022 is now out on Android in India