PM Studios has announced that their fast-paced multiplayer action title, Squish is now available digitally on Steam and Nintendo Switch.

You can get a digital copy for PC via Steam and for Nintendo Switch via the eShop for $14.99.

The Physical edition of Squish for the Nintendo Switch can be purchased for $34.99 from Amazon, GameStop, Best Buy, and Video Games Plus (international version).

Each ultra-cool edition purchase comes with colourful one-of-a-kind stickers and a digital download voucher for the game’s amazing soundtrack.

WHILE SQUISH MAY FEATURE ADORABLE, BRIGHTLY COLORED GRAPHICS, IT FEATURES FIERCE, COMPETITIVE, AND LIGHTNING-FAST LOCAL AND ONLINE MULTIPLAYER PLATFORMING ACTION. UP TO FOUR PLAYERS CAN JOIN AN UNDERGROUND RAVE OF THE GOOEY UNDEAD AND PARTY IT UP UNTIL IT STARTS FALLING DOWN. LITERALLY. EVEN AS DEBRIS RAINS DOWN, PLAYERS MUST RUN, JUMP, AND PUSH BLOCKS AROUND TO GET INTO A BETTER POSITION TO SQUISH OPPONENTS. AS WITH ALL GREAT “WINNER-TAKES-ALL” GAMES, THE LAST GOO AROUND TAKES IT ALL! 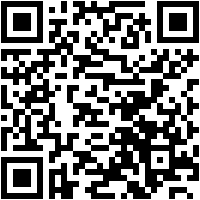