The new title from Italian developers, 34BigThings is a game that builds on the series’ trademark lightning-fast action, high-skill gameplay, and impressive visuals while adding new weapons and spaceflight mechanics.

The game lets you take control of a Super Orbital Recon Fighter during the 2395 colonization of Mars. Shoot down Rebel drones and fighters, dodge enemy fire, and blast at breakneck speeds through exotic galactic locations. With fully customizable vehicles and weapon upgrades, you’ll have to outsmart, outmaneuver, overpower and outclass your opponents in the most exciting arcade space battle in the cosmos!

34BigThings is a leading Italian developer for premium games across PC, console, and mobile devices. They have made games such as Super Inefficient Golf, Mars or Die!, Helheim, Parallel, and Hyperdrive Massacre just to name a few.

Redout: Space Assault will retail at $9.99 across Steam($9.99), PlayStation®4, Xbox One, Nintendo Switch and is also featured on Apple Arcade. 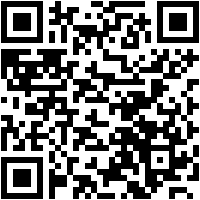