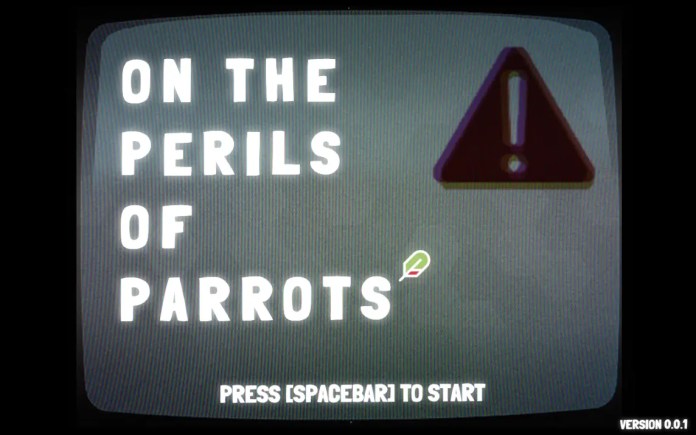 No, there are no parrots or birds in this Indie puzzle fest, Perils of Parrots which had its demo debut on itch.io.

In Perils of Parrots, you take on the role of an Artificial intelligence (AI), created by the “World-renowned”, Dr G.

The Goal of this AI, solve puzzles by moving your dot carefully through the maze of squared Dot.

Hence the Parrot in the title isn’t referring to the vividly coloured tropical bird with a short downcurved hooked bill we all know. It’s referring to the lesser-known verb of parroting which means “repeat mechanically”.

Personally, my playing of the demo was fun and the controls we easy to understand. The will game throws you some exciting challenges in the form of complicated squared Dot based Mazes.

The game was developed by Glen Henry (Spitewrench), a Jamaican indie game developer who has made games such as Gin & Tonic (Visual Novel), SHLDFLNG, Questlike(role-playing), Shiney Gauntlet(action), Hail, !pop and [email protected](platformer).

If you would like to try the demo, visit https://spritewrench.itch.io/on-the-perils-of-parrots.

Over 3,800 GAMEE G-Bot NFTs Go On Sale This Thursday