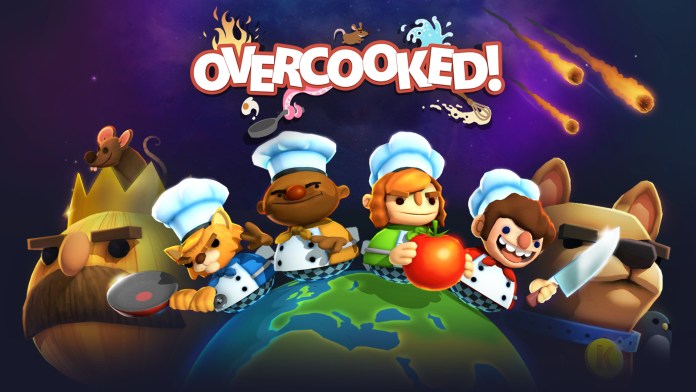 Overcooked, the popular series of cooking simulation game developed by Ghost Town Games and publishers Team17 is now Free on the Epic Games Store. Previously sold at a value of $16.99, Overcooked is the first entry in the Overcooked Series of Cooking simulations games.

The Games was then followed up by Overcooked 2 released for Microsoft Windows, Nintendo Switch, PlayStation 4 and Xbox One in August 2018.

Overcooked is a chaotic couch co-op cooking game for one to four players. Working as a team, you and your fellow chefs must prepare, cook and serve up a variety of tasty orders before the baying customers storm out in a huff. Sharpen your knives and dust off your chef’s whites, there isn’t mushroom for error and the steaks are high in these crazy kitchens!

User game simple head to the listing and click the “Get” button to proceed to checkout. Overcooked will now be within your Epic Games Store Launcher to be installed now or in the future on any PC of your choosing.

This giveaway follows previous weekly giveaways such as Civilizations 6, GTV 5 and The Borderlands: Handsome Collection. These are all apart of epic games steady strategy aimed at having more users of their store.