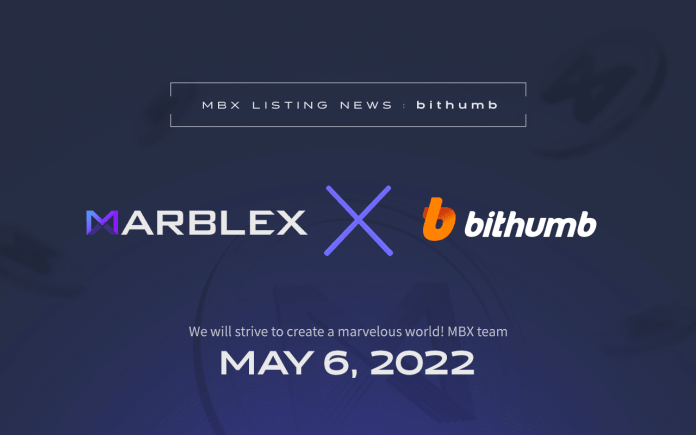 Korean game publisher and developer, Netmarble has announced that its MBX cryptocurrency has been officially listed on the Korean crypto exchange, Bithumb starting today.

What is MBX? MBX uses the Klaytn main-net-based blockchain and is designed to encourage players via rewards for participation.

To celebrate the moment, untiL may 9, an additional 0.5 MBX tokens will be given to the first 1,000 users daily who participate in MBX transactions in Bitthumb. Users also have a chance to win MBX airdrop rewards depending on their contribution levels from daily transactions as well.

Netmarble kicked off the launch of its proprietary blockchain ecosystem in March with its launch of the MBX token and MARBLEX Wallet.

The MARBLEX Wallet allows users to store and send MBX tokens along with the ability to exchange the game tokens into MBXL. The wallet also supports the token swapping throughout the MBXL, MBX and KLAY tokens.

Netmarble even plans to add an MBX Explorer which will allow users to find information regarding their MBX transactions via upcoming updates.

Netmarble will apply the proprietary blockchain ecosystem to their various games such as ‘Ni no Kuni: Cross Worlds’, ‘Monster Arena’, and ‘Everybody’s Marble: Meta World’.

Netmarbles sees this as a way to bolster its competitiveness by leveraging the power and ecosystem of its various games and technologies.

Pokemon Like RPG Coromon is Now available on Nintendo Switch