Here is an overview of the game, via its Steam Description.

Civitatem is a medieval city builder where you help your villagers raise a new settlement in dangerous lands, by making use of their skills and available world resources. Shape the future of your people, by managing and assigning the most skilled villager for each task. Educate them and research new technologies, fight off the natural elements or raiders, explore the land for new villages to develop new trade routes, acquire new technologies and develop diplomatic relations.

The most important resource is your villagers, each specialized in some areas, gaining experience each time they perform a task. Educate them in schools and libraries to allow them to perform more complex tasks and jobs. Besides education, the health of your people is imperative, so herbalists and doctors are also quite important.

The game was created by one-man indie developer studio, LW Games which was formed in 2013 by George Neguceanu. George has been working in the gaming industry for several years and wanted to try his luck on his own with the goal of creating unique and niche-based games for PC. 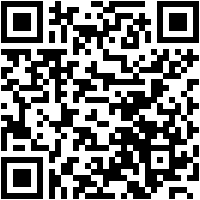 Snoop Dogg Goes Into The Sandbox