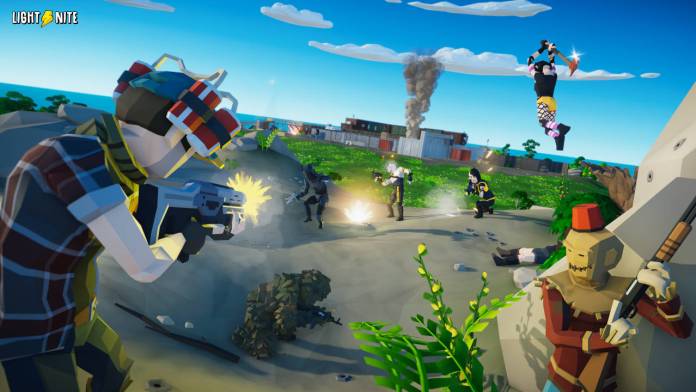 Satoshi Games has announced the addition of a Battle Royale Mode for its Light Nite Game, the first bitcoin micro-rewards, and bitcoin NFTs third-person shooter game.

The new Battle Royale mode is now available for early-access owners of the game who number into the thousands currently enjoying the games Beta Phase.

Light Nite is developed and published by Satoshi Games since its launch back in April 2020. The game was first built as a single-player mode aimed squarely at the bitcoin and cryptocurrency markets and community.

What is Light Nite Battle Royale?

The new Battle Royale mode is a multiplayer third-person shooter just like Epic’s Fortnite but with in-game Bitcoin rewards and a more minimalistic low-poly & cartoonish design.

As a play-to-earn scheme, Bitcoin Micro-transactions add a new layer of interaction with the game. Players essentially earn as they play in casual mode and withdraw using a Lightning Network Wallet.

You can become an Early Access Player of the Game by simply using the Elixer Launcher, Satoshi Games Launcher.

The Elixer Launcher allows you to:

Elixer Launcher is available for download on your Windows,macOS, and Linux Desktop devices.

There are also the Elixer Mobile Apps are available for both iOS and Android Devices which is currently in closed Beta.

So what are your thoughts on this new Battle Royale Mode of Light Nite? Will you be download and playing the game? Share our thoughts below in the comments section.