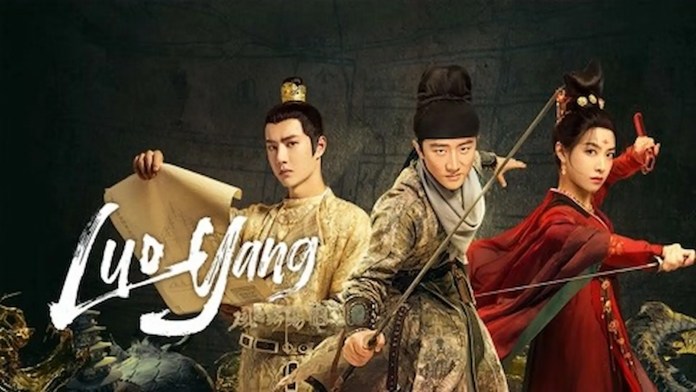 This is one of the first-period drama-based digital collectibles issued in China and sold out in just seven hours after its release.

What’s included? The Luoyang collectibles set features over 6,000 copies of six antique-inspired items from Luoyang as well as 500 copies of a key scene from the show.

What makes this collection unique is the fact that all items within the collection are usable devices in Luoyang’s metaverse. This is done with iQIYI’s partners and a technology service provider in China which has done the minting of the NFTs.

What is the Luoyang Metaverse? The Luoyang metaverse brings users back to the cultural milieu of China’s ancient city of Luoyang.

Luoyang also marks the first city to be featured in the iQIYI Chinese Historic City Universe (iCHCU), which, encompassing a variety of content drawing inspiration from several Chinese cities, aims to bridge between China’s local culture and iQIYI’s global audience. iCHCU represents the latest in iQIYI’s effort to build an IP universe and create an integrated IP development model that offers new kinds of content and fresh opportunities for cultural consumption.

YUAN Jialu, general manager of Licensing Department of iQIYI, said: “As an important part of iCHCU, Luoyang has showcased and helped promote the depth and beauty of China’s traditional culture. The launch of Luoyang-inspired digital collectables further enabled the historic and culture value of Luoyang to shine while serving as a strong testament to the value of digital assets and IP, furthering the development of iCHCU.”

A representative from Mints shared: “The 1.0 version of the Luoyang metaverse will launch soon, and it will allow users to ‘try on’ the devices that actors and actresses used in Luoyang. In other words, being in the Luoyang metaverse allows a whole new way of experiencing, and even being part of the story.”

Luoyang tells the story of a group of heroes who, despite challenges, bravely defended the city of Luoyang and protected the people there. The show’s content popularity index—which iQIYI generates from user viewing, interaction, and sharing and other user activities—reached 9,000, which qualifies as a “national hit” by iQIYI’s standard, and also appeared in top Twitter trends in Singapore, Thailand, and many other overseas markets.

Good Company is Out Now on PC