Humankind Reveals Its First Expansion, “TOGETHER WE RULE”

Turn-based historical strategy game, HUMANKIND announced the introduction of its first major expansion, Together We Rule.

This new expansion takes the gameplay beyond just simple military domination and introduces new features such as the Congress of Humankind, Embassies, and Agents will help players see the world in a new light and resolve conflicts differently.

Here’s a more detailed look at what’s included in the Expansion:

It’s all up to you as a player to choose whether to use these new diplomatic tools to your advantage or not.

Humankind was released earlier last month, August 2021 for PC and Stadia, and is scheduled to arrive for macOS in November 2021. It has received mixed and generally favorable reviews.

The free update for HUMANKIND and the expansion will arrive sometime this Fall 2022.

The Humankind “TOGETHER WE RULE” Expansion Announcement Trailer 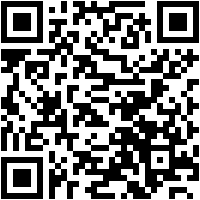