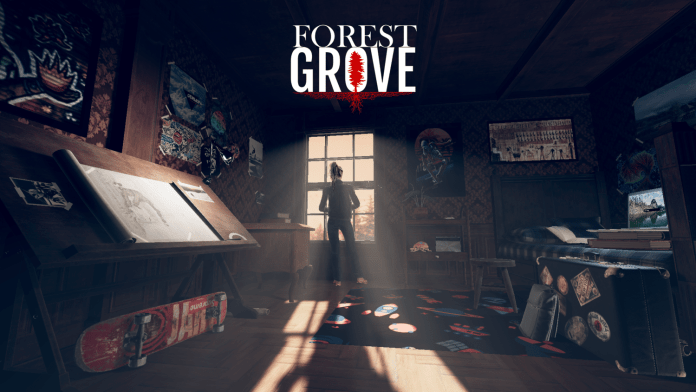 What is Forest Grove?

Tears stream down the face of Mary Kunstimatigaard as she recounts the mysterious disappearance of her teenage step-daughter. Forest Grove Police call in the Remote Forensic Bureau (RFB) to investigate where the tech-empire heiress went missing. Using revolutionary nano-technology, safely analyze the crime scene in a virtual space and bring answers to the surface.

Search for clues through a Nanodeck recreation of the Kunstimatigaard’s beautiful Victorian estate. Collect evidence from the most unsuspecting places in this cloned crime scene by deciphering puzzles around the home to unlock secrets and hidden rooms. Examine audio and visual echoes of the past using Biotraces to see what transpired on that ill-fated day.

Add evidence to the clue board to make connections, narrow down persons of interest, and crack the case. At the end of the day, the work of an investigator is always gruelling and unpredictable under scrutinizing eyes. Conclude each investigation session in the Nanodeck to receive a performance grade from the RFB higher-ups. Succeed and bring justice to the family, or fail, and be forced to tell a grieving mother her baby girl may be gone forever.

“Forest Grove is a thrilling mystery we hope all crime addicts will sink their teeth into,” said Larry Johnson, lead developer, Miga Games. “Our futuristic sci-fi approach to forensics allows investigators to get creative with their clue hunting tactics and adds more depth to classic detective gameplay.”

Shenmue III is Now free via the Epic Games Store