The Makers of Deep Diving Adventures, Jujubee Games Studio have announced the Game’s availability for both the Xbox and PlayStation platforms.

What is Deep Dive Adventures?

This release includes the game DLC: Adventure Pack The Adventure Pack contains a whole new adventure for the young diver who is trying to help his mentor Professor Adams unravel an ancient mystery! New mysteries, new puzzles, new challenges, new items, and new achievements await those brave enough to seek them out!

The game’s user interface is pretty similar to survival games such as Planet Crafter and Subnautica which allows players to explore, collect and build around the map of the game.

Deep Diving Adventures can now be found on the Xbox and PlayStation Store.

The game is available on Xbox, PlayStation and Nintendo Switch gaming consoles.

You can also find the game for PC via Steam where it has received mixed aggregate reviews since its launch on 27 May 2019. 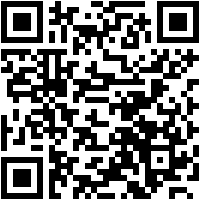 Who are Jujube Gaming Studios?

Jujubee S.A. is a game development studio that has released titles such as “FLASHOUT 3D”, “Punk Wars”, “Take Off – The Flight Simulator”, the real-time strategy game “Realpolitiks”, “Truck Simulation 19”, the documentary-adventure game “KURSK” and “Deep Diving Simulator”. The company’s goal is to create inspiring and unconventional games for all significant device platforms, such as iOS (iPhone, iPod, iPad), Android, Mac, PC and consoles. Jujubee is a publicly-traded company on NewConnect (JJB).