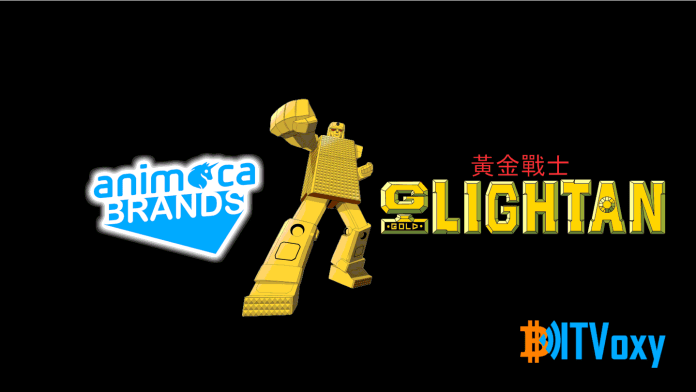 What is “Gold Lightan The Golden Warrior”? It is a mecha TV anime series produced by Tatsunoko Production which originally aired from 1981 to 1982 in Japan.

The show is about a robot named Gold Lightan who normally stays in a compact size and looks like a cigarette lighter but transforms into a giant 30-meter tall robot when called upon to fight against evil.

With the help of his assistant robot, Gold Lightan joins forces with a young boy called Hiro and his friends to defend the earth against the alien invasions orchestrated by King Ibaruda.

Animoca Brands is expected per their Release to launch the first series of “Gold Lightan The Golden Warrior” NFTs in Q2 2022.